After a lovely weekend down in the New Forest meeting new people, I got a phone call and a visit from my old mate Richard last night. Despite feeling a bit jaded, we meandered off down to the delightful Hyde Tavern in Winchester with another friend, Steve, to have a chinwag about any old crap that would have the average woman searching the landscape for hills and proceeding to make a run for them. However, I really enjoy these conversations that meander from one subject to another without any rhyme or reason.

Last night, the conversation drifted towards telephone numbers, a riveting subject that started by us recalling another friend of ours who had an almost autistic knack of memorising numbers after only hearing them once. This is something we all used to do, but now, with modern mobile technology, there is no longer the need. I don’t know the mobile number of anyone except my own; not my children’s, not my dad’s or my girlfriend’s, not anyone. It is all stored by name in my little iPhone in alphabetical order.

Right up until my early twenties it was critical to memorise as many numbers as possible because unless you had a diary, there was no way of recording them except in your brain. In my youth, if it was discovered that you carried a pocket diary around with all your phone numbers in it, it was tantamount to admitting that you were a raging homosexual, so I didn’t even attempt it. As a consequence, I can still remember all the home numbers of my family and friends dating right back to my childhood and youth in the 1970’s and 80’s but none since, I guess, the late 90’s. We are having to use the power of memory less and less and this maybe the reason I waste approximately five hours a week searching for wallets, keys and phones.

It may also be because no-one says or even knows their own telephone number anymore. When I was a kid it was an unwritten house rule across the country that when you picked up the receiver you said your town and telephone number; in my case it was “Tadley 2561”. For some reason, confirming the town and the telephone number where you were located was deemed to be far more critical to the caller than whether you were actually the person they wanted to speak to. I can remember saying “Tadley 2561, hello?” once and my mum thinking I was a right cheeky little so and so; perhaps my alleged audacity was an early indication of the changes that laid ahead?

As far as I can remember there wasn’t a defining moment when the answering of a telephone changed, it wasn’t an enforced British law like wearing a seat belt. But change it did and I challenge you to find anyone who now picks up their phone and quotes their number and location. I guess that the lengthening of numbers and the introduction of bigger codes was a huge contributor; in a short space of time my old number became (0734) 81 2561 then (01734) 812561 then finally (0118) 981 2561. If these confusing changes were happening across Britain, I assume there was a collective “Oh fuck it, I’m just going to say hello from now on.”

Being a maverick who refused to acknowledge social or technological advancement, my mother dragged out quoting the town and number longer than the rest of us but she too eventually succumbed to a simple “Hello!” What I can’t recall is whether the change was a gradual one or whether once you had stepped over the boundary and said “Hello” there was no turning back. Once mobile phones came into prominence in the early ’90’s the final nail was battered in to the coffin of quoting numbers as time was at premium with every call being executed with as much efficiency as possible to save the caller and the receiver considerable amounts of money.

If I had quoted 07956 537076 when picking up my Motorola house brick, it would have used up 75% of the battery life and cost something in the reason of £3.00, where hello, or even better, hi, would only use 50% of the battery and cost about £1.50. It is easily forgotten that whilst energy prices have been going through the stratosphere, my mobile phone bill, when I first set up a business, was my second biggest overhead, regularly topping £600.00 a month. It would have been a lot more if the battery didn’t need charging every five minutes. 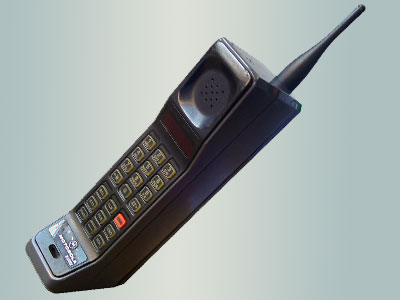 My iPhone costs me £34.00 a month now with everything chucked in and I don’t even think that is a great deal anymore; my home number costs me £7.50 a month and allows me to call people in countries I have never heard of for up to an hour for free. (Sometimes I ring up strangers in Mozambique and Taiwan just to get value for my money, though they do get a bit confused when I hang up abruptly on 59:59) All these dramatic changes in how we communicate have happened in the last twenty years and I am actually falling behind, now. I have never, for instance, attempted a FACETIME phone call on my iPhone. I nearly did it the other day but for some reason it felt sinister, so I stopped myself.

Knowing my luck, the first person I tried to contact would share the name of someone in bondage den somewhere in depths of Popley and I would end up all over the Basingstoke Gazette. “CRICKET CHAIRMAN IS BONDAGE PERVERT” is not a headline I particularly want to read, so I have stayed well clear from it all, sticking with my gut feeling that it would be an accident waiting to happen.

God knows where technology will take us in the next twenty years, but one thing is for certain and that is that the art of remembering a phone number will be consigned to the history books.

If you want to call me to discuss this further please do so on 01256……Bugger…What was my number again?