Booze Update – Have I Knocked off Some Units?

A week has passed since I watched that Adrian Chiles (Drinkers Like Me) programme I have been going on about, meaning I have now managed to log my drinking habits in comparison to the week before, which came in at a rather shocking 49 Units.

Well, here is the good news, for me at least. Last week, without too much effort and perhaps the aid of novelty value, I reduced my consumption to 26.2 units which, whilst still approaching double the recommended alcohol limit (14) is a significant improvement. 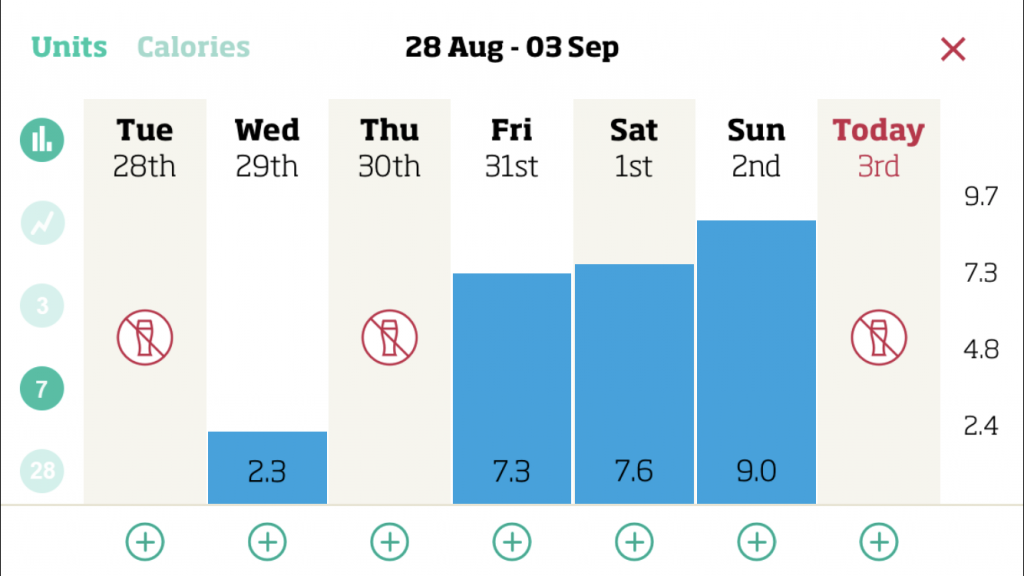 Do I feel any better? If I am honest, I am not really sure. This is because I need to work out whether a dog walk the morning after a booze free night feels better because I am carrying an air of self-righteousness, or because my body is cleansed.

What is certain is that I don’t feel any worse and as a bonus, on the booze free nights, I haven’t eaten as much. It appears that with me, snacks with a tipple are like what cigarettes used to be, a kind of habitual thing.

Where I have saved units big time, has been not having any booze at home. That is because, as I have touched on before, if it is in the fridge, I will probably drink it. I have nullified this problem with a cunning plan. I don’t have booze in the fridge.

This has meant several booze free days (3 in total since last Monday) which are alien territory to me, even though I do not normally have more than a couple of units a night early on in the week. 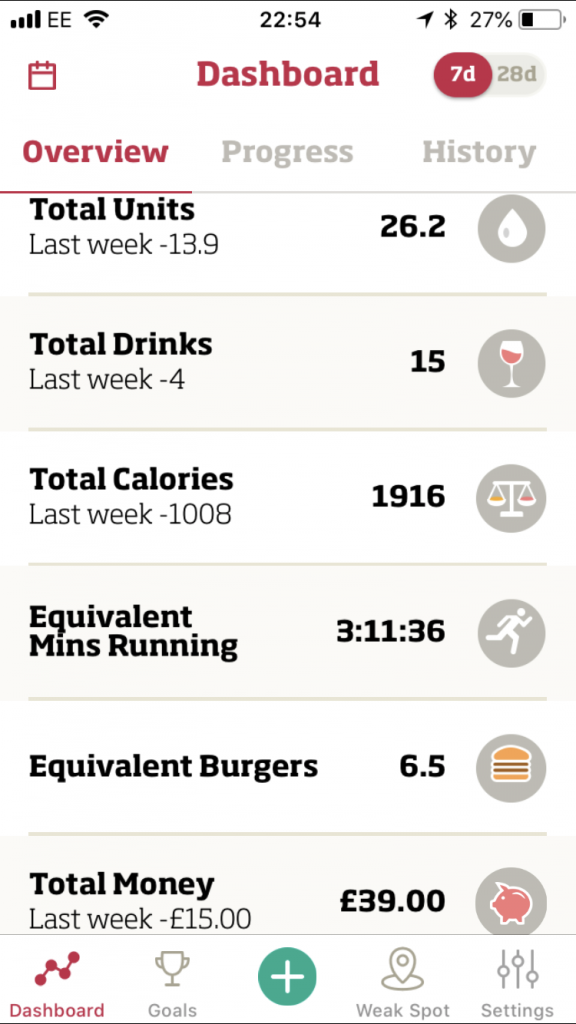 Can I keep up the good work? I don’t know really, only time will tell but the Drinkaware App has been really useful as a way of not having that extra glass of wine before bed just because it is there.

If I am honest, what I can’t see me doing is getting under much under 20 units a week. I just can’t justify banning myself from having a few glasses of wine or beer at the end of the week when I am likely to be socialising.

I really don’t want to be one of these Drinkware evangelists spending his time in the pub pissing everyone off with his orange juice heroics; I’d rather just stay in and be miserable.

However, if I can keep chipping away at the nights when I have a beer or a wine just for the sake of it, I reckon I might start shifting a bit of weight, especially when I am walking faster, driven on by the pomposity that seems to come with abstinence.

Sorry if this update has been of little interest to you but think yourself lucky, I could be training for a triathlon and telling you all about it.

I’ll now leave you alone for a month and give you an update then. I know that a tiny part of you is hoping that it has all gone wrong and by then I am lying in a piss soaked bed with a can of Special Brew, a packet of Superkings and a Pot Noodle.

No Replies to "Booze Update - Have I Knocked off Some Units?"