A Weekend in London

We have just had an enjoyable weekend in London on what was our first attempt at an Air B&B, a process where you book someone’s home to stay in, rather than a hotel. We went with our old friends Pete and Mandy.

We set off from Basingstoke to Waterloo, where we immediately stopped for a drink in the ‘Hole in the Wall’ pub underneath the railway arches opposite the station entrance.

‘The Hole in the Wall’ is a throwback of a pub with an Irish influence that reminded me of a trip to Cork a year ago. It is always nice to have a beer in a pub that is genuinely rustic rather than one of these pathetic imitation bars like O’Neil’s. 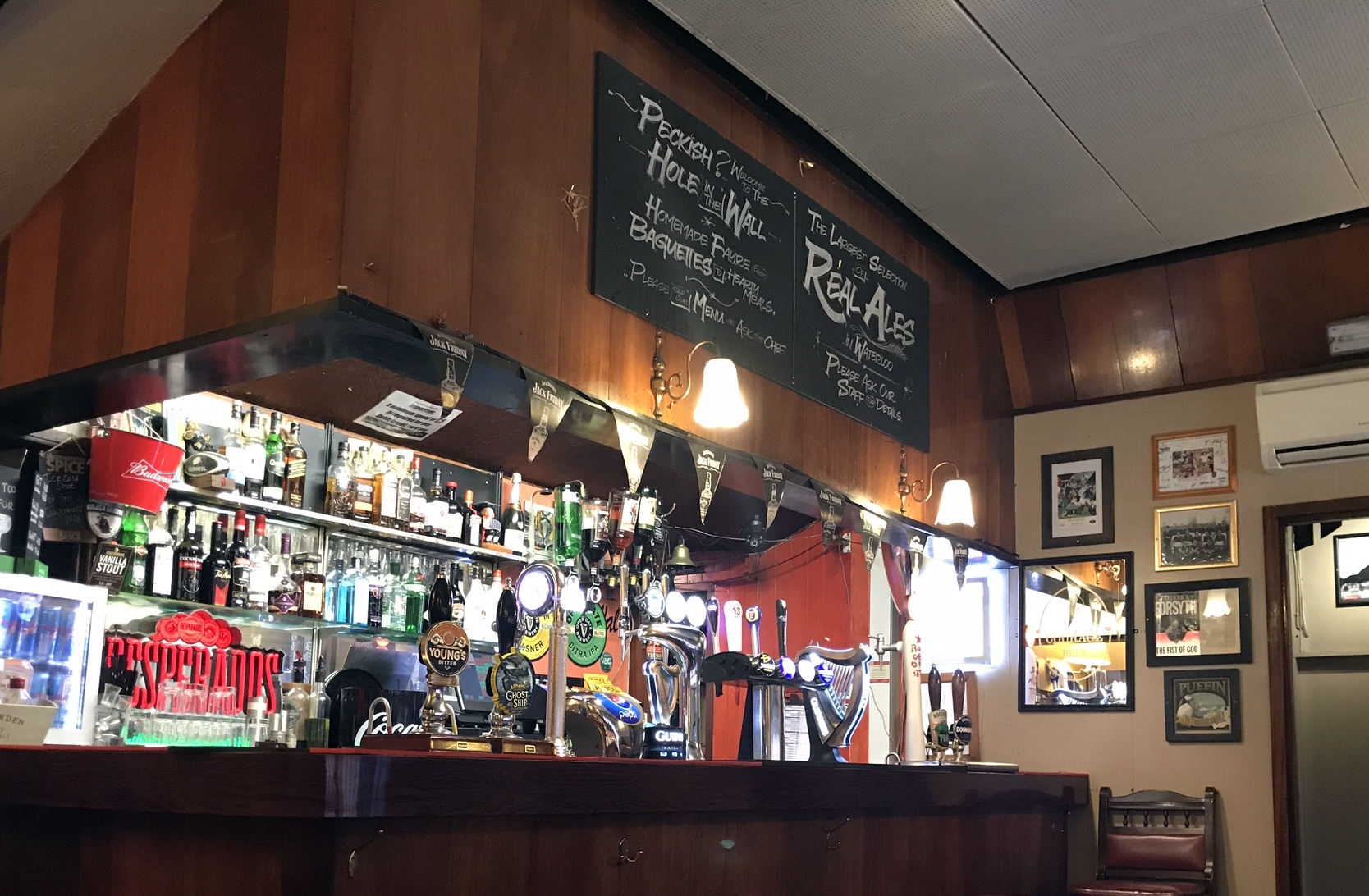 The Hole in the Wall, Waterloo

From there we visited the Christmas market on the embankment where there is a host of food stalls and aromas that have you salivating for everything. After indulging in some Greek kebabs, we made our way to Gloucester Road station and the upmarket area where we were staying (£310 for the night) in Lexham Gardens.

It was disappointing, as it was clear that it was an unkempt flat where any cleaning had obviously been undertaken by someone with poor eyesight. There was barely anything in the way of furniture which made what should have been a lovely place, a bit cold and unwelcoming. 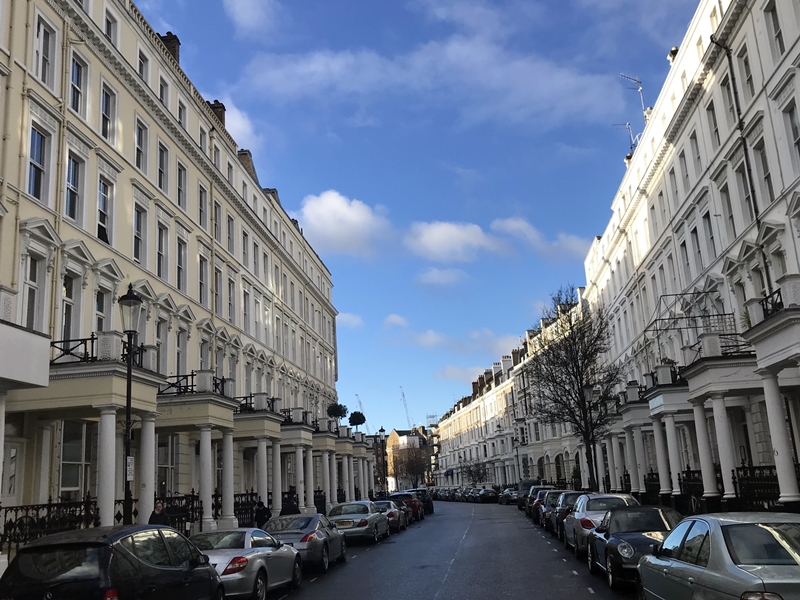 Lexham Gardens where we were staying

Not to be put off we headed to the pub just around the corner in Marloes Road, called The Devonshire Arms, a really cosy little place with a good atmosphere and a host of beers and wines. From there it was back to the flat for a wine then on to Chinatown for dinner.

As usual, Chinatown was buzzing with life and we had a fantastic Taiwanese that was excellent value, coming in at less than £100 for 4 of us with a couple of bottles of decent plonk. After that we popped into The Lamb & Flag in Rose Street for a nightcap the back to the flat that was now like a sauna after Mandy, in the true style of a woman who doesn’t understand thermostats, pumped the temperature up to 26 centigrade. 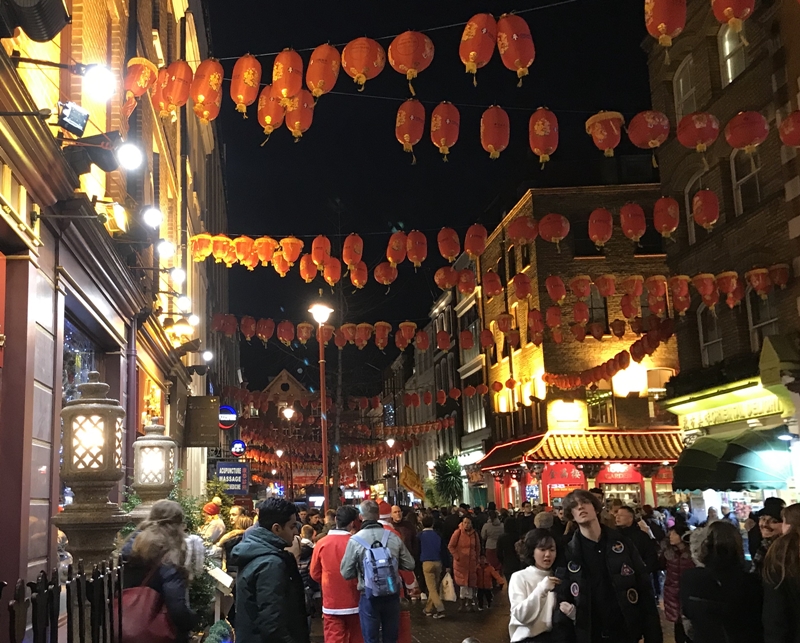 Chinatown was buzzing with life as usual

On Sunday we went for breakfast at a café called ‘Fait Maison’, the type of place where you feel like you need to be on your best behaviour in exchange for you children’s inheritance. That said, the food was sublime, even if the rude and pretentious customers weren’t.

These included two young women who were moaning about everything, despite being obviously loaded, a man in his sixties who barged in front of us and let the door shut in Mandy’s face, and an elderly woman who complained about the lack of room, despite being on her own. She was one of those ladies who was dressed in the type of quilted velvet clothing you see in Knightsbridge boutique windows, offering no clue as to what the price is (thousands). 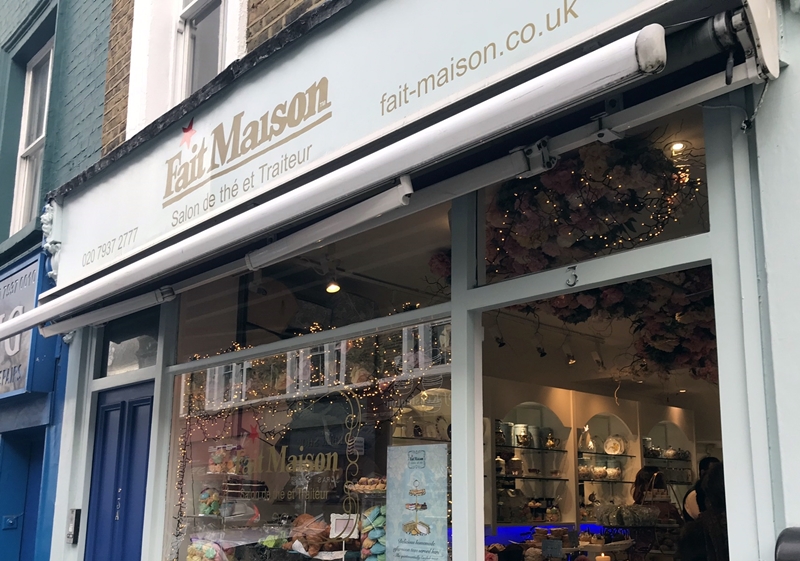 These types of people are more or less a different species, where any concept of the cost of living is a total irrelevance. However, what is bizarre is that they don’t seem any happier than the poor buggers at the other end of the wealth spectrum who are depressingly common place in London, particularly around Waterloo and Embankment.

You can’t help but wonder if London life would be happier if wealth was distributed more fairly but I guess that just is the socialist in me being delusional about a better and happier world.

What is apparent is that, probably partly due to the influx Oligarchs, London is extremely price prohibitive in its leafy areas and there has been a breakdown in the housing structure. Hardly anyone lives there, as virtually all the properties have been brought up as investments or places like where we stayed; empty flats with landlords cashing in on the Air B&B market. We were led to believe that we would be staying in a furnished residence that would give us a lovely feel for West London living. Instead it gave us a feel that we had been used.

However, we didn’t let that put a downer on the weekend and it was nice to see that in places like Chinatown, you can still have a great night out without spending the following Monday re-mortgaging your house to pay for it.

We stopped back in ‘The Hole in the Wall’ for a farewell drink and headed back to Hampshire like we always do after a London weekend.

No Replies to "A Weekend in London"