Here Comes the Beast From the East! 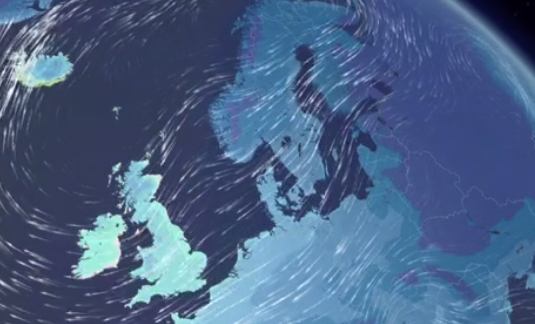 Blue Planet: Britain is set for a blast straight from Siberia.

How ironic that as we approach the beginning of the meteorological spring, we are about to witness the coldest spell of the winter.

The odd thing about this is no one really cares as all they have seen all winter are Facebook and Twitter feeds from nutters at the Daily Express scaring pensioners witless with dramatic click baiting.

However, if you look at the way the forecast is shaping up, it does look a bit tasty and I would be surprised if Nathan Rao, the weather reporter for The Daily Express, hasn’t masturbated himself transparent by now.

There is an old saying that even a stopped clock is right twice a day, so Nathan will be loving this, claiming his predictions came true. However, he may be in a quandary finding any headlines more dramatic than ‘polar vortex’, ‘arctic plume’ or ‘killer blizzard’. These were headlines he used when the Met Office announced it would be nine centigrade with sleet showers on the mountain peaks of the Isle of McLintochy.

I guess, because the wind will be arrowing in from Siberia, he could go for ‘nuclear snow’ or ‘migrant freeze’ if he hasn’t already. However, he has cried wolf so often over the last few winters, it will fall on largely deaf ears as only halfwits and pensioners believe a word he says any more.

What does impress me about this cold approaching cold spell is that forecasters saw it coming some weeks ago via what they call ‘sudden stratospheric warming’. This is a rare phenomenon but one, it now seems, that can almost guarantee very cold weather in the UK a few weeks after.

I know I am a bit of a sad case when it comes to watching the weather but that is quite impressive science in my opinion; that forecast was two weeks ago.

How cold will it get?

Well, probably colder than it has been all winter but with the days get longer and subtle seasonal changes taking place, it isn’t going to be as cold as if the same easterly air flow took place in January.

It’s going to be the wind chill that will be the bastard. A Siberian wind cuts right across you and the further east you are next week, the more vicious it will be. It will also be where it is mostly likely to snow, with Kent, Sussex, Essex, Suffolk and Norfolk in the firing line.

Depending on how strong the wind gets we might get a bit of snow here in Hampshire but it is probably more likely to be hard frosts and sunny days that come our way, before, eventually, later next week or the week after, spring will start to make a gradual appearance.

To be honest, I quite like a dramatic easterly cold snap; I would just rather come in the depths of winter rather than the start of spring.

Wrap up warm and have a nice weekend.

No Replies to "Here Comes the Beast From the East!"