Churchill – The Thug Who Challenged a Bigger Thug?

When the new plastic five pound note came out this week, adorning the face of Winston Churchill, there was a minor backlash from some of those who have studied the life of Britain’s wartime leader who led Britain and the allied forces in the desperate fight against Nazi occupation.

Here was one quote I read:

“Shame it has the fat, port-swilling racist pig on the back!”

That took me back a bit, as even though I have read the about the military disasters Churchill oversaw in places like Gallipoli, I had always been led to believe that if it weren’t for him, Britain would have fallen into Nazism and even now, there is no real evidence to doubt that. 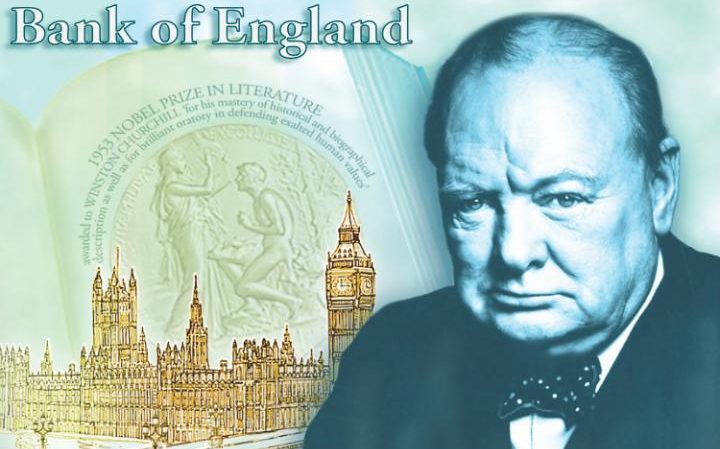 But what about Churchill the man? Was he a decent upstanding man of the people that the modern history books taught us, or was it just luck that during that period in history the interests of the British Empire coincided with those of the rest of the world and he had no alternative to fight the Nazis?

When the charges of racism and white supremacy are brought against Churchill, the common and understandable argument is that it was ‘just how it was at the time’. It has to be remembered that during the period Churchill was in military training at Sandhurst, Britain was painting the world map pink and he was taught that it was the moral duty of the army to bring civilisation to the the savages.

A young Churchill raced off to war as soon as he could and despite the odd lingering chink of sympathy for those who dared fight back, such as Swat Valley (now in Pakistan), he justified his actions by commenting that his enemy were “deranged jihadists whose violence was explained by a strong aboriginal propensity to kill”.

When concentration camps were constructed for the white Boers, Churchill claimed that there was “the minimum of suffering” but  28,000 perished. When over 100,000 black Africans were thrown into British concentration camps, 14,000 died. Hardly ‘the minimum of suffering’ yet there was not much of a sympathetic ear from Churchill, who only wrote of his “irritation that Kaffirs should be allowed to fire on white men”.

It was Churchill’s belief, again, I would say, through his military training, that the countries Britain were conquering would “willingly, naturally, gratefully include themselves within the golden circle of an ancient crown” . This ideology resulted in a rolling programme of more conquests, based on his belief that “the Aryan stock is bound to triumph”.

It would appear that Churchill sincerely believed that most of the conquered nations would be grateful for the arrival of the empire but when they weren’t, he was prepared to unleash hell on any resistance.

The Irish Catholics endured such terror at the hands of the Black and Tans in the 1920’s that even Oswald Moseley (yes him) fought for their justice and when the Kurds resisted invasion, Churchill announced, “I am strongly in favour of using poisoned gas against uncivilised tribes…it would spread a lively terror.”

However, it was in India where Churchill was at his worst and this is where it is important to see that he wasn’t just behaving ‘how it was at the time’. His own officials pleaded for common decency as he announced that Gandhi “ought to be lain bound hand and foot at the gates of Delhi, and then trampled on by an enormous elephant with the new Viceroy seated on its back.”

As the famine intensified and three million perished, to the astonishment of his staff, Churchill redirected food supplies to countries who did not need them and blamed the Indians for ‘breeding like rabbits’ and being “beastly people with a beastly religion.” 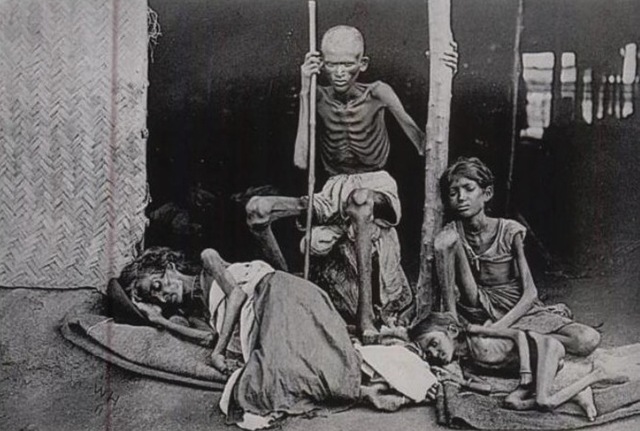 The India Famine resulted in the Death of 3 Million People

Churchill’s doctor, Lord Moran, said of other races:,“Winston thinks only of the colour of their skin” and Prime Minister Stanley Baldwin was warned by Cabinet members not to appoint him because his views were so antediluvian (primeval). He was not just a reflection of the time, he was downright dangerous and often reckless in the pursuit of his ideology.

When Churchill ordered to clear the land of ‘Blackamoors’ in Kenya, one of the children put in a concentration camp was Hussein Onyango Obama. It was in these camps that torture by electric shock, cigarette burning and fire was regularly used and it is said Obama never really recovered.

It is little wonder his grandson, President Obama, sent a bust of Churchill back to Britain. Take a few seconds to imagine how you would feel if the bust of someone who condoned the torture of your grandfather was sat in your office.

The popular theory with regards to Churchill fighting the Nazi’s rather than collaborating with them, appears to be that as a bastard; he knew another even bigger bastard when he saw one, and his hatred for the Nazi’s was, thankfully, genuine.

For that, we should be grateful, because if he had cut a deal with Hitler who was hoping for such an outcome, God knows where we would be now. It certainly wouldn’t be a world where with some irony, India has eclipsed Britain as an economic force and the grandson of a ‘savage’ is the most powerful man in the world.

As the Ghanaian nationalist Kwame Nkrumah wrote: “All the fair, brave words spoken about freedom that had been broadcast to the four corners of the earth took seed and grew where they had not been intended.”

Sadly, it is not all good news as a host of the problems that continue in the middle east were created under his watch, despite the fact he didn’t take sides. He seemed to hate Jews and Arabs in equal measure.

Israelis –“They take it for granted that the local population will be cleared out to suit their convenience”.

To this day, that just about sums up how these two warring neighbours feel about each other, it’s almost if they are using Churchill’s words.

When all’s said and done, Churchill’s finest hour was WWII, a victory of huge global significance, but in my opinion, instead of rewriting history, we should be honest and unbiased about his life in the military and as a politician.

This will allow future generations to form their own opinions and get a better understanding of the ongoing worldwide disputes, many of which have evolved from the interference of the British Empire. It may be the only route to peace?

Whether Churchill’s face should adorn a £5.00 note is purely a matter of opinion, personally speaking , I think it should be an inventor, a writer, or a remarkable sportsman like Bobby Moore. Not that this type of thing should go to a vote…we would end up with Simon Cowell on one side and Jordan on the other, when really it should be Eddie the Eagle.

* Information for this blog came via The Independent Newspaper, Wikipedia, and Historian, Richard Toye, who wrote ‘Churchill’s Empire’.

No Replies to "Churchill - The Thug Who Challenged a Bigger Thug?"