Is Fattism the Same as Racism?

Okay, so here goes. A publication from the University College of London says that fattism (discrimination against fat people) is the equivalent of racism.

Now, if I was in a classroom and told this, my hand would be raised in the air frantically demanding the attention of my tutor.

“Sir…Sir…Surely you can’t become Black or Asian over a period of time due to your lifestyle choice?”

That’s a fact isn’t it? We get fat over a period of time due to the calories we consume and our lack of physical ability or time to burn it off. If we choose to watch X factor with a Dominoes Pizza or a bucket of KFC rather than going for a walk by the river, we get fat.

There are mitigating circumstances as we get older of course, old sporting injuries or debilitating problems such as arthritis restrict our movement which stops us being able to run and leap like we once did, so the opportunities to fat burn decrease.

That’s when, if we don’t like getting a bit tubby, we take a look at our diet or find exercise we can physically manage. In my case, the more gentile game of cricket has replaced football.

You may laugh at the possibility of cricket being fat burning but it is no coincidence that every summer I lose weight on the back of playing 5-6 hours of cricket once or perhaps even twice a weekend. On one rare occasion when I batted for two hours (I normally last 10-20 minutes) earlier this summer, I came off soaked from head to foot in sweat, courtesy of my time at the crease and temperatures approaching 30 centigrade.

I reckon I lost about 3-4 pounds that day, which wasn’t that healthy actually as I was a bit feint, dehydrated and a little sunburnt too. Add that to that two hours of bowling and running around a field and you start to get the picture that playing cricket is more productive, if not more enjoyable, than being sat in a pub garden getting tucked into several pints of Old Thumper and a cheese ploughman’s, another hobby of mine.

If you believe what you read, it would seem that obesity is a major health time bomb and to see so many fat people who are of school age is quite extraordinary. However, unlike being black or Asian, fatness is avoidable and as a society we should be able to make personal judgement or opinion as long as it is not wholesale abuse. Fattism is not racism. The last time I checked, Black, Jewish and Asian people weren’t a needless drain on NHS resources, except perhaps, when they have had their heads kicked in by fat thugs from the BNP.

If you start comparing physical appearance with racism the list can be endless…Do we need to reassess how we speak to everyone? Lanky, stumpy, ginger and in my case baldy, are all terms that are not yet deemed as in line with basic racism, yet I guess they soon could be? I must admit, I do tire of the baldy comments, they are just not funny after a while and I expect ginger or tall/small people feel the same, but it is not like being called a coon, yiddo or a nigger as the aggressive tone is lacking as much as the humour.

Actually, being bald, freckly, ginger, short or tall aren’t lifestyle choices either but being fat is basic body science and a need for nutritional education or a ban on food with high salt and sugar content (wouldn’t happen) is the only cure to what is effectively a self-inflicted epidemic with horrific consequences. I think I read that 10% of the population is from an ethnic and 61% of the population is obese.

Fat kids are who I worry about most as they are obviously victims of poor parenting, I have absolutely no doubt about that; you only have to follow a fat families trolley around a supermarket to get that…Extra thick white bread, pizzas, crisps, cheap sausages, biscuits…Not a Ryvita or an apple in sight. 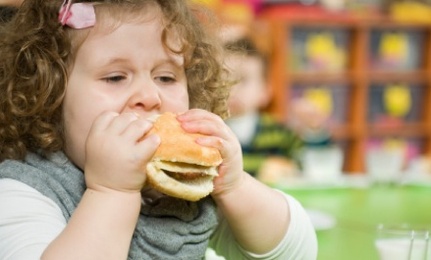 On top of that, these kids are not encouraged to exercise, so they are in turn, descending into a self-fulfilling prophecy of getting too fat to exercise or they are morbidly ashamed of their bodies, so they just watch X Factor or sit on Playstations with a packet of donuts a bottle of coke and a tube of Pringles for company.

I’m sorry, but that is a form of child abuse in my book, it is stripping a human of what should be a small window of life when we are are approaching the height of our energetic and physical powers.

If adults want to eat junk they can do and should do as they wish, but they shouldn’t expect to be treated like they are victims of racism because of idleness. However, as parents, they should know better than falling into the temptation of feeding their children food from places like McDonalds and Pizza Hut, a crime that will ultimately lead them (the children) towards a plethora of health issues later in life.

The problem with fast food is that it is so high in salt and sugar content it is ludicrously addictive and the likes of McDonald’s offering gifts and children’s parties as part of their marketing package, is in my opinion, no different in health terms, to peddling drugs. Parents who fall for these marketing tricks need to be seriously educated if they genuinely care about the long term affects to the health of their children.

I know parents who have never pedalled fast food to their kids as a way of shutting them up and they (the kids) just don’t know anything different, they just eat what they are offered at home…Conversely, I have come across people who bribe their kids with McDonalds and KFC and as a consequence the children end up climbing the walls like a smack head looking for his next fix. Once high salt and sugar content is in a child, it is like getting them off heroin.

Addictive junk food is that bad, we all know it is. It took me several months of personal counselling to get myself off Haribo sugar coated Cola bottles and chocolate digestives are worse still, so I just don’t have them in the house or I will be a rotund baldy, ripe for mickey taking, or racial abuse if you like, in no time.

Junk culture is a huge issue for me, whether it is television, the media, food or music, we are being force fed, physically or verbally (by heavy advertising) with utter shit that is damaging our physical well being and making us more and more stupid. Anyone who puts their head above the parapet and says something controversial, is quickly labelled a spoil sport, a fruit cake or now it seems, a racist. 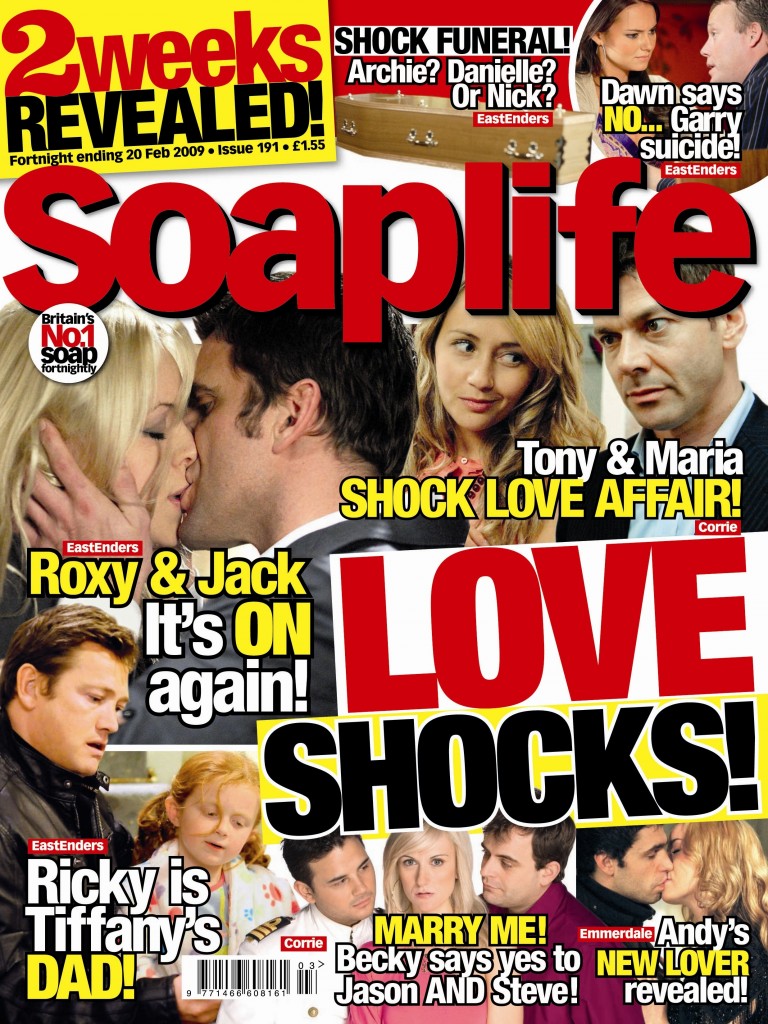 Soap Life: I nearly hung myself when I saw this magazine in the Co-Op

It’s time people said get stuffed (excuse the pun) to Mcdonald’s, Burger King, KFC,  X factor, TOWIE (whatever the Hell that is) and started introducing our kids to active sport, fresh food, physical activity and subjects that will be more relevant to their development than burgers, plastic breasts, botox, whoever Jordan is marrying this week, and what colour tea towels Victoria Beckham prefers.

What is wrong so wrong with people that makes them more interested in the plot of Eastenders than Scottish Independence, an event that could shape dramatic changes to our political future?

I’ve got to stop before my head explodes and besides that, I need to get on with my campaign against baldism, I have suffered the abuse too long.

“Solar Power for a sex machine.”

Fattism is racism? Do me a favour.

3 Replies to "Is Fattism the Same as Racism?"