The Girl From Sainsbury’s and Treasury Spending Decisions!

I was in Sainsbury’s last night stocking up my supplies in anticipation of ‘Storm Angus’ when I got chatting to the cash-out girl as I paid for my goods.

She was a bubbly and happy character but she was telling me how her energy levels were running low as she was working long shifts all weekend as well as having to get all her college assignments completed for Monday. Kids of today eh, no respect, no work ethic…bring back birching I say.

She was working at Sainsbury’s in a bid to save enough money to go to university next year, however, in the absence of having parents wealthy enough to fund her, she was in a state of flux deciding whether she could take on the burden of the debt that awaited her.

This where austerity hits home for me, because the economic collapse created by financial institutions (with blatant economic ties to the establishment) are what have caused a situation where a young woman may well have to turn down a better education and the opportunity to become a more knowledgeable and happy adult.

You would almost think it was a masterplan to keep the masses ignorant?

What makes it worse, is while we are told there is no money for education, the cash collected from taxpayers is being pissed up the wall up and down the country on all sorts of projects that always, without fail, run over budget as contractors and shareholders (some who are MP’s would you believe!) manipulate and delay projects to extract more and more cash.

Mental hospital refurbs (Broadmoor is allegedly millions over budget) gazillions to be spent on the refurbishment of Parliament, another £369 million getting tossed at Buckingham Palace as if it was loose change, HS2, Trident (God knows how much that will end up costing) the clear up at Hinkley after EDF and Chinese investment companies inevitably cock it up…the list of wasted cash is endless! 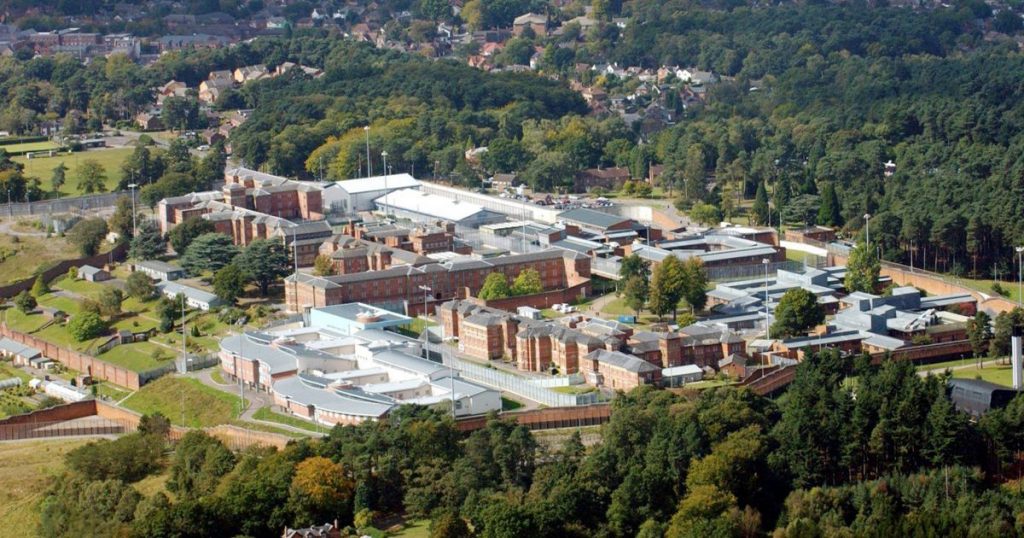 Broadmoor: One one several projects allegedly running millions over budget

Of course, these projects are good for employment but they always end up with a huge deficit as they are, without fail, mismanaged by some clown who is only in the job because of cynical nepotism. It is also worth remembering that building health and education establishments is also good for employment and far more useful to society than a train that gets you from Manchester to Sheffield nine minutes faster.

I can’t even stomach going too much into the cost of Brexit, which Dominic Cummings, the man who masterminded Leave campaign, admitted this week was, ‘Britain’s hardest task since defeating the Nazis’.

This is because it is likely to take on the cost of five times as many bureaucrats (30,000) as there are in the EU (6,000) with the final divorce settlement with our former partners costing around £60 billion of taxpayers money in a shrinking economy. If you voted Leave because you don’t like bureaucrats, I suggest you start ordering some temazepam now, as are you are going to go off the wall in the coming months and years.

I am sure I didn’t see a big bus with ‘BREXIT, OUR BIGGEST TASK SINCE BEATING THE NAZI’S’ written on the side of it; maybe I was out that day, or playing cricket or something?

Yet despite all this money being chucked around like confetti, a girl saving money up by working in Sainsbury’s has to debate with herself whether she can afford to get educated or not. Isn’t education what the foundations of great nations are built on?

The announcement of the £369 million Buckingham Palace refurbishment couldn’t have been timed any worse. You would think they might just delay it (Britain’s old buildings do need restoration after all) or do the noble thing and demonstrate that we are ‘all in it together’ and pay for it themselves. It’s not like they are desperate for the cash and as a public relations exercise, the benefit to the image of the Royals would be incalculable and they wouldn’t even notice the cost.

It’s a bit like having £50.00 for your weekly shop and spending £49:00 of it on a bottle of champagne, meaning you have to go without bread and milk; it is as ludicrous as that.

So, as I left Sainsbury’s, I felt a mixture of happiness that I had met such a pleasant young lady doing her best against the odds, and sadness that she may have to make a financial decision that leaves her still working in Sainsbury’s when she leaves college. After all, as far as I am aware, she didn’t wreck the economy.

I expect those right-wing backbenchers and wonky Ukippers would suggest that if she needs the money that badly, she should shut up moaning and become a prostitute to fund her university life; they could even put a bit of business her way and claim it on expenses.

Don’t expect a better society if education and health is sacrificed for the refurbishment of  mansions, 30,000 bureaucrats, and a painful £60 Billion EU divorce, because it won’t happen, I can tell you that and I won’t even charge you.

In what is now widely regarded as the post-factual age where we relish in being sold a pup, some people reading this post will think that I am the madman here, but all I am requesting, if the coffers are so low, is that we prioritise where money is spent and be honest about the real cost of Brexit to the British economy.

It’s not easy saying something is going to cost hundreds of billions of pounds but someone needs to say it fast, and that should really be the Prime Minister.

No Replies to "The Girl From Sainsbury's and Treasury Spending Decisions!"