Mourning a Celebrity is Mourning Nostalgia

When I was driving along the A303 last night, I asked my son his thoughts on what appears to be an increase in the need to publicly grieve on social media after the death of a celebrity.

He put me in my place a little bit, saying that if people feel it is right to do so, they can, as everyone is emotionally wired in different ways. Like me, he didn’t quite understand it, but respected it all the same.

With the power of Google, when we arrived home, I looked into this phenomenon further, reading various psychologists reports into grief with regards to people we have never met but have had an influence in our lives.

The answers differed but were generally the same.

What we do know is that when grieving a celebrity, it is almost certain the person grieving did not know them on a personal level. They will not have had the connections and intimacy friends and lovers experience. The connections come from buying the records and reading about their great lives in trash magazines whilst waiting in the doctors surgery.

It may sound derogatory, but relationships with dead celebrities are one sided in nature and the perception of them is not based on interactions, personal feelings or the strong bonds which are associated with those who are close to us.

So, is the grief real or is it a kind of faux, like a DFS sofa??

Is it grieving the person who has gone, for the hole they have left in the lives of their family? I doubt it somehow. It is more likely grieving the loss of what they provided us with; sadness on a selfish level, that they will never again make the music that was once loved?

Can humans be selfish enough to grieve the fact an artist will never produce another song? Yes.

Is grief associated with the universal sense that the world has been robbed of true talent? The chances are that they are grieving not for a real person but an unbalanced perception of what that person was really like, such is the power of the media.

For instance, I have no emotional bias towards either George Michael or Pete Doherty (The Libertines) but one is described as a troubled and kind soul, whilst the other is a druggie scumbag who deserves to die. These perceptions come from the media, but they both took the same cocktails of drugs and booze and no one really knows who is the nicer bloke, it is just based on the character formed in our heads.

More often than not, the grieving is of their words or art, which over time provided something meaningful to the the individual . 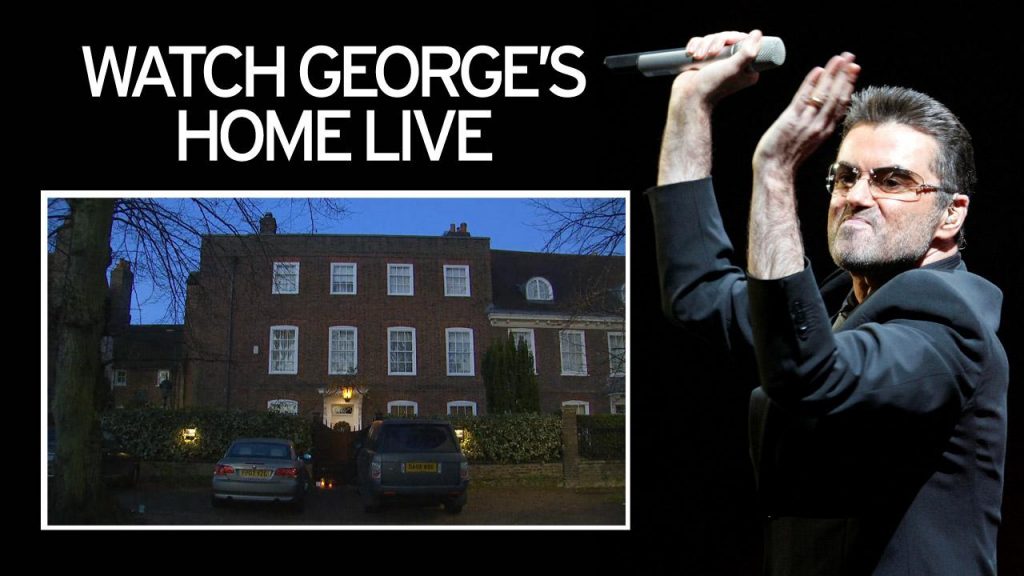 This is really interesting.

On social media, when someone famous dies, there is a need to post something in their memory by requirement, regardless of whether an individual felt genuinely moved by their passing.

Facebook and Twitter become packed with tributes, adding to the sense of collective mourning. This can be further compounded by other celebrities doing the same, making the experience feel even more meaningful and collective.

In an instant, news feeds become jammed by the letters ‘RIP’, ‘Taken too soon’ or, more recently, ‘2016, Just Stop!’. This crass approach to grief would appear to fit a mentality of following rather than suffering a deep sense of grief, or indeed, any grief at all.

As we know, social media has made it easier for fans to feel a connection with celebrities as well as exchanging grief stories with other fans. However, it is apparent amongst most psychologists that all the hashtags,  links, stories and photos related to the death of a celebrity, are often less about remembering the individual and more about who can post about it first, or an eagerness to ‘share’ the news as explained by the following quote…

“There will no doubt be a rush by media outlets to get the news out there first before their competition, and break the story. It is this aspect of celebrity online grieving, which feels overwhelming, non-empathic and more in line with sensationalism, accruing views and popularity than it is about grief.”

A retweet, share or the ‘one click condolence’ culture we live in, doesn’t help with the loss and grief, it actually accelerates this as a social norm. The reality is that the process of grieving is one that can take months or years. Putting up a post saying RIP, means little apart from a bit of of self-indulgence and a need to show people you are a caring.

I know a person who despises immigrants and more or less dismissed a picture of a dead Syrian baby on a beach, but felt compelled to travel to Goring to show his respects to the son of an immigrant because he wrote pop songs…it is a riddle that I cannot begin to solve.

Everything I have written above comes from psychological papers written by experts in the field of grieving and generally confirm my thoughts. However, I do believe there is a problem with ‘nostalgia grief’ in this country which is exaggerated by mainstream media and political organisations like UKIP and back bench members of both the mainstream political parties.

I think that when an 80’s pop star dies, the grief comes from a longing that this was a period where everything was better than it is now. A song can instantly transform us back to a first love, good times with friends, or a certain night club or pub, but it doesn’t mean, as a whole, the world was a better place.

We now know that the 1980’s was jam packed with sex offenders in virtually every institution, police forces were given license to unwarranted violence and intimidation, the Cold War hung over us like a dark shadow, the education system was in chaos, and 3 million people were unemployed.

If you are reading this and you were not around in the 1980’s, it wasn’t that great…we even had Stock, Aitken and Waterman to deal with.

I am not saying for one minute that I didn’t have some great times in that period, but to mourn its passing and long for a return to those days, in my opinion, is a strange kind of arrested development that needs individual analysis. We are surely put on earth to make the future better, not return to the past; I wouldn’t want my kids suffering the prejudices of the 1980’s.

After all, if we did go back to the 1980’s, how on earth would we survive without ‘one click condolence?’

Oddly, one of my favourite pop records of the ’80’s was about nostalgia. ‘Come Dancing’ by the Kinks, was a great song, that was written in 1986 (a time many of my friends yearn for) and reminds me of that era. However, the song itself, was longing for the innocence of the 1960’s.

“They put a parking lot on a piece of land
When the supermarket used to stand
Before that they put up a bowling alley
On the site that used to be the local pally
That’s where the big bands used to come and play
My sister went there on a Saturday
Come dancing!”

In my mind, a song written in the 1980’s about the 1960’s, is a classic example that the only way in life is to move forward, as nostalgia just isn’t what it used to be.

Sing along now, you know you want to…

No Replies to "Mourning a Celebrity is Mourning Nostalgia"