There is a certain British way of dealing with standard late summer weather. During the first week, people have a kind of c’est la vie ‘we needed the rain anyway’ attitude, in the second week it is ‘will it ever stop?’ and by the end of the third week, frustration is boiling over as the masses sit, wipers at full tilt, in a traffic queue for a soulless indoor shopping center.

It is a bit shit really, particularly shit if you play cricket in the summer months. Fixture calendars get wrecked with teams decimated by players going on holiday using poor weather as an excuse to call games off as soon as the clouds darken above. If you call a cricket game off through lack of players, you are fined and deducted points; if it is cancelled due to bad weather, it can’t be helped, so you get my drift, unsettled weather is a double whammy.

You can see how the English took cricket to the colonies only to find it wouldn’t take them long for them to batter us. It is a game designed for Australia, India, South Africa and the West Indies, not England, where despite what older folk might tell you, summers are generally poor. There is the odd hot one thrown in to make you feel you are part of a southern European summer but generally, they are pretty dreadful, or to put it more politely, what meteorologists describe as ‘temperate’. 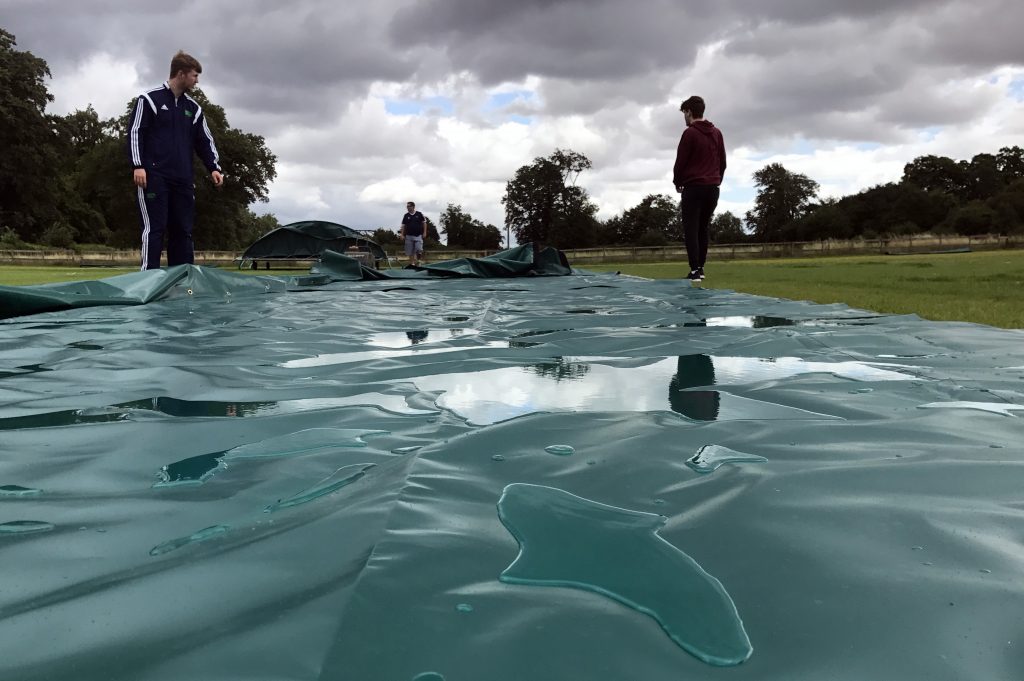 What makes our summers more depressing is false expectation stemming from ridiculous headlines in newspapers like ‘The Express’ and our elders constantly telling us summers aren’t what they once were. It’s the same sort of grand nostalgia and delusional grandeur that arrives every time England play in football tournaments. ‘CAN ENGLAND BE GREAT AGAIN!’ they cry.

England were only ever great at football for a fleeting few weeks in 1966 and that was because there were several countries across the world who were still only halfway through learning to be better than us. The British football teams are like our summers; pretty average, often woeful and occasionally quite decent. The further west (Wales) and north you go (Scotland) the worse the weather and the teams, generally get.

Some people seem genuinely surprised by the weather at the moment but statistically we are more like to have a turbulent end to summer after an encouraging start. This is because the Jet Stream wobbles around to varying degrees throughout the calendar year, offering variants of weather where temperatures and rainfall are generally dictated by wind direction.

For example, 10 of the last 16 August’s have been wet, whilst for those of you who believe in nostalgic weather stories, 1912 was our wettest recorded summer and 1922 our coldest, coming in at a UK average of just 12.2 centigrade. Over the last century, it has as always, been a series of ups and mainly downs as our summer friend, the ‘Azores High’ tries but generally fails to make inroads across the UK to give us temperatures like our friends in the Med.

If it was normal to have weather like the Med, we wouldn’t have been flocking there since the 1960’s, a decade that Wisden cricket describes as the most appalling of all, with summer after summer of wash outs and cool north westerly winds.

As an example of how the weather can play tricks on us, the summer of 2014 was largely unspectacular, a standard mixture of good bad. However, at Oakley Cricket Club it was bordering on sensational, with every fixture played from May until September for the first time since 1987, another year that was neither recorded as good, or particularly bad.

The fact is that in 2014 we largely got away with it, playing in cool damp weather but never extremely wet conditions that would deem matches unplayable. Hot summers at Oakley, such as 1990 and 2003, featured games wrecked by electric storms and bad luck in the middle of several minor heatwaves, so there you have it.

Now, as we move into August, the same newspapers that were telling us we were going to have a heatwave for 100 days, are saying the August is going to be completely washed out by bad weather. This has an effect on people as a lady I saw walking her dog the other day informed me that it was going to rain every day in August, which, even the most sombre of met office employees would say, is highly unlikely.

Whilst I generally admire the met office, they could do without continually saying that the Azores High is what usually drives our weather at this time of year, as it not really true. The Azores High is what gives us good weather in summer but statistically, it is tantalisingly close, rather than sat on top of us. We are lucky when it makes a move across Britain but it is not standard practice, otherwise everything wouldn’t be lush green in colour. 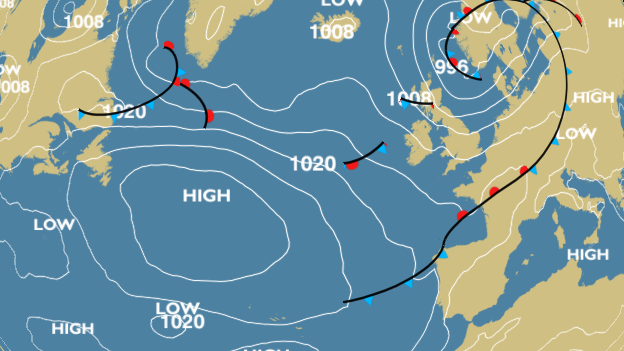 The Azores High often sits tantalizingly close to the west of Britain.

On a personal note, the last few weeks have been depressing because our weekend weather has been even worse than our weather during the week. On two consecutive Saturday’s it has rained incessantly and the temperatures have been ludicrously low, as low as 12 centigrade the Saturday before last. This has meant barely any cricket, but we did somehow play on Sunday, despite the miserable conditions.

Tomorrow looks hit and miss really and we could well be washed out again if we are not lucky. However, despite what The Daily Express is trying to tell everyone, high pressure is building next week and it looks like we will get a bit of summer weather again, at least for a few days.

Frustratingly late for those of us who have lost a fifth of the cricket calendar.

1 Reply to "This Bloody Weather!"