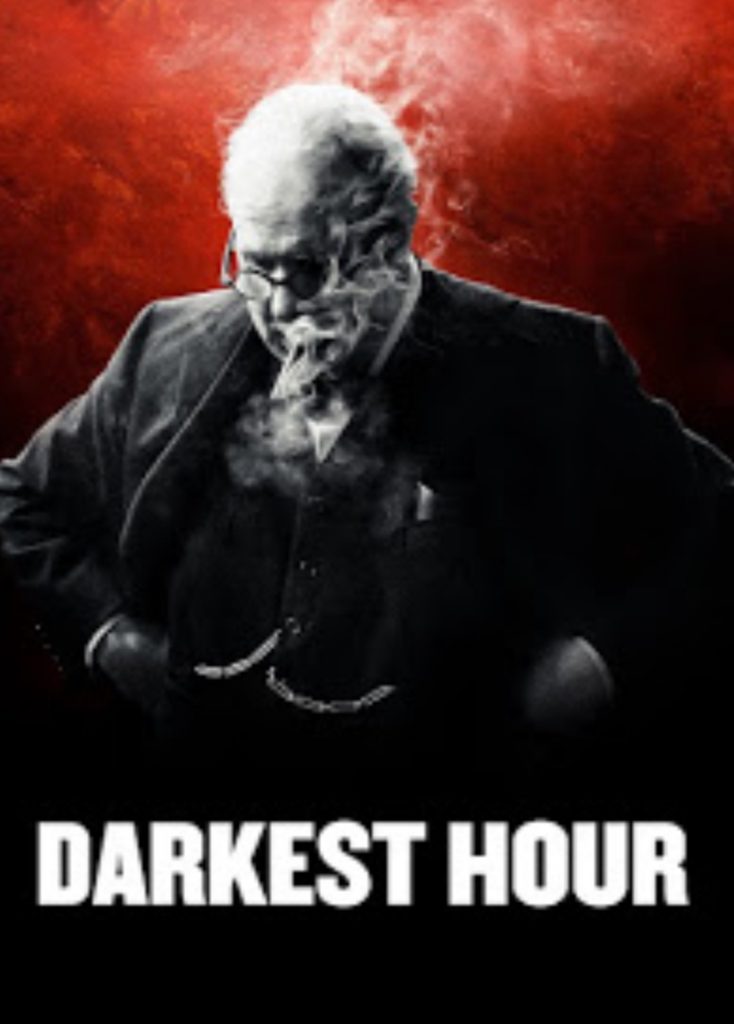 I went to see the film ‘Darkest Hour’ on Tuesday night full of uncertainty about whether it would be decent or just another jingoistic propaganda movie about how great it was back in the old days.

Well, I was pleasantly surprised as the acting was fantastic, right from the lead roles to the bit parts and the stage sets were very realistic, particularly Parliament and in and around Churchill’s home.

The thing about Churchill that always annoys me is the ongoing denial of British folk about his chaotic strategies and drunken misguided judgement that cost thousands of lives in military disasters such as Gallipoli. These, refreshingly, were all mentioned in the film.

Hugeley unpopular, with a perceived lack of human empathy, his placement in power was seen by many as an accident waiting to happen and by others including himself, a punishment for his previous failings in what was increasingly becoming a war with no positive outcome.

But for all that, in the face of those who want appeasement with fascism, either by drunken madness, stubbornness, or seeing one last opportunity to redeem himself, Churchill pulled it off, rousing the nation with the evacuation of Dunkirk and a host of fight them on the beaches speeches.

It was the ultimate gamble in a no win situation and it paid off. This was probably due to the combined madness of Hitler and Germany’s reluctance to finish off the stranded soldiers trapped in Dunkirk. Perhaps the Nazis were waiting for appeasement or maybe they had their eye on other battles? It was probably a bit of both.

However, ‘The Darkest Hour’ was not when the war was won, it was when resistance was decided over appeasement and it was as much down to the Americans joining the allied forces and Hitler’s increasing tactical insanity as anything else. The Nazi incursions into Russia were utter madness and were pivotal in the collapse of the biggest military machine the world had seen.

What we should be thankful for is that if Churchill had chosen appeasement over war, there is little to suggest the Nazi Germany would have left us alone to live in peace and there is every chance the UK could have become a satellite fascist state.

When you look around the political landscape now, it does make you wonder who would stand up to nationalism if it were to emerge again and who would appease it. Theresa May has appeased Trump but in fairness he has yet to start invading Europe.

I can just see that little sychophant toad of Toad Hall, Nigel Farage, worming up to to someone like Hitler and gleefully having his photos taken with him at an Alpine retreat.

Since the referendum I have been amazed by the amount of pound shop fascists there are in Britain and even more amazed that some of them are given credence on programmes like Question Time. I guess that is the price of democracy and freedom of speech.

Then I become even more amazed that whilst preaching nationalism these plastic Nazis refer to World War II as what put the ‘Great’ into Britain.

That’s how thick nationalists are. They refer to the crushing defeat of their own type as a victory.

It’s a laughable as it is ironic.

Whether or not you like Churchill, Darkest Hour, in my opinion  (I am no Barry Norman) is well worth watching.

No Replies to "Darkest Hour"