Twitter and the Worrying Signs of Picking on Remain Boy

I love a good scroll through Twitter I do. It is far more entertaining than Facebook which sadly, has more or less been redefined into a social media platform where only self indulgence, mild mannered jokes and nice pictures are acceptable.

The problem with Facebook is that when you start, you collect friends willingly, even if they are not really friends. However, when you start deleting them you feel guilty, so you don’t bother and just leave them be, promising yourself you will delete them another time.

Then, in a fit of anger, you call Boris Johnson a ‘fucking cunt’ just two days after becoming friends with Brenda from the accounts office of one of your clients. It turns out Brenda thinks Boris is funny.

Then your cheque doesn’t turn up.

Twitter is almost like the Devil reincarnated in comparison. It is a free for all for opinion, some of it so mad, you wonder where we are all going to end up. Twitter, as well as being brilliant source of informative articles and blogs, is also a cesspit for hatred and disturbingly, a place to destroy the voice of academics or young people who dare have an opinion on their own future.

The latest example I saw involved a boy of fifteen who dared to go to London with a banner claiming Brexit had stolen his future. Now, this may or not be the case, but during his short years on the planet, he has obviously taken in enough information to be concerned enough to join the Remain cause and exercise his freedom to protest while he still can. 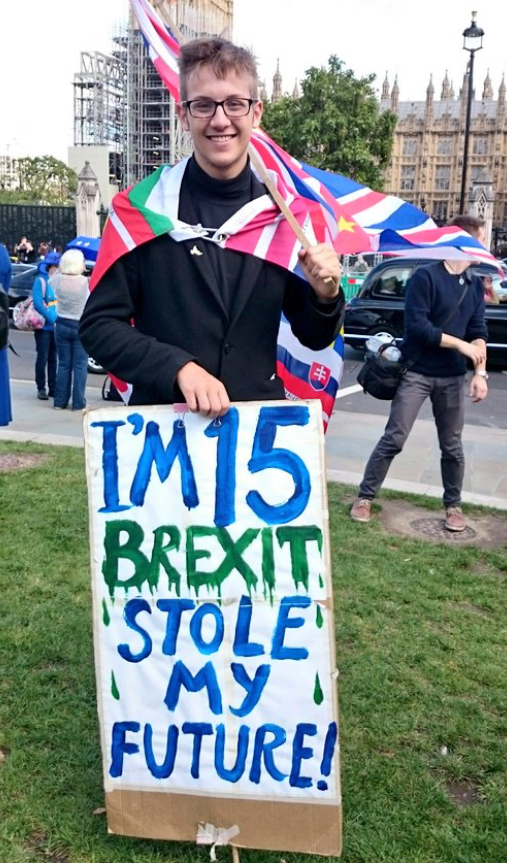 Obviously, like everyone else, I don’t know the boy, but the chances are that he may well be doing the things that fifteen year old boys do, as well as being concerned about post-Brexit Britain. The Remain protest was only one day in 365, and to have at least some concerns about your financial and geopolitical future at the age of fifteen is pretty much understandable from where I am sat.

Anyway, forget about the boy and what he thinks, what disturbed me about this incident the most is that it is another sign that we are heading down the path of threatening the opinion of the young and academics by ridiculing them and shouting them down. Instead of questioning an opinion, people are threatening it with humiliation and ridicule. 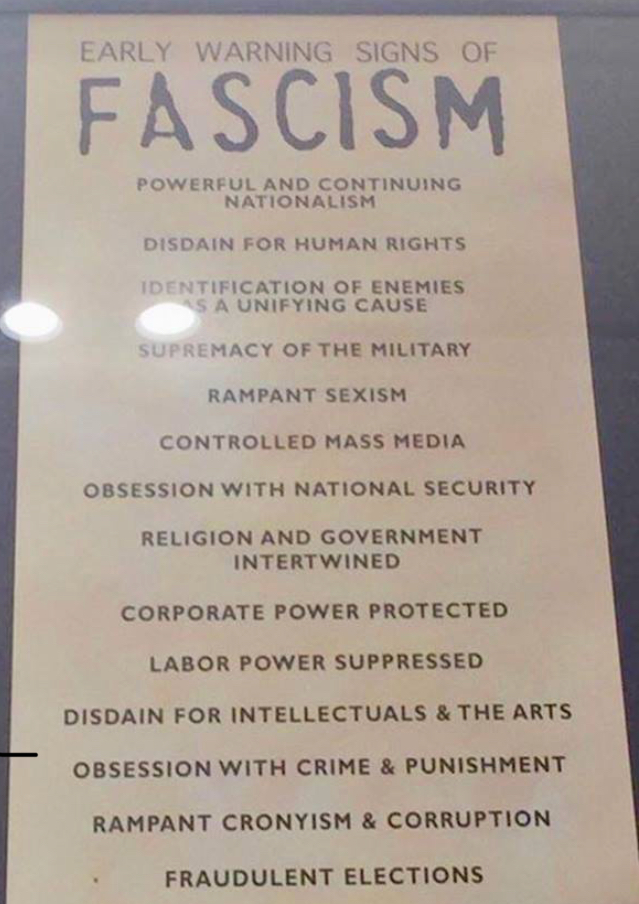 Ring any bells? A Display cabinet at an American Holocaust Museum

We should, if we can be bothered, be disturbed by this, as shutting down and humiliating alternative opinion is linked to a descent into nationalism and fascism and is, in my opinion, a dangerous route to take. We are not learning lessons from our past and I am not sure why?

Either that, or are we saying that the white paper for appeasement was a good idea after all and that Britain should have gone with Moseley and teamed up with Berlin, Rome and Madrid  for an axis of totalitarianism and the execution and ethnic cleansing of defectors?

The minor problem with taking that route is that nationalism, totalitarianism, fascism, nazism, or whatever you want to call it, has always, without fail, ended in economic disaster, war, and the death of millions of people, either by ethnic cleansing or on the battlefield. Nationalism never started in execution camps, it ended in them.

Some people still bemoan the fact that Germany is now one of the most liberal and prosperous countries in Europe and wonder why this is the case. My assumption is that they learnt the hard way and realised that nationalism is for fucking idiots.

Despite all the evidence to suggest it is an evil ideology, the threat of fascism still looms large…I’ll sit down and shut up now.